For close to ten years, Marilou Lemmens and Richard Ibghy have been looking at human activity and the ways in which it has been taken over by commodification and the market economy. The curator of this exhibition, Véronique Leblanc, has selected installations, sculptures and videos of theirs that deal with work-related issues. In addition to commenting on contemporary social reality, this approach makes it possible to situate art practice within a market economy and to grasp these artists’ characteristic way of working.

The installation Each Number Equals One Inhalation and One Exhalation (2016) completely takes over the first room of the gallery. It consists of a series of small sculptures mimicking the graphs and charts that have been used to measure human productivity since the mid-19th century. Some of them, such as «Worker Productivity Trends in Periods 1 to 24 of the First Relay Experiment at Hawthorne», reproduce diagrams associated with worker productivity in specific corporate contexts, while others, like «High-Order Moments of Technical Efficiency», showcase general aspects of production. Work, as depicted in the diagrams reproduced by the artists, appears to be a divisible and quantifiable component of the operations involved in making a product, an input into an economic system on a par with raw materials and production methods and processes. The schematic character of these graphs, which allows us to step back a little, makes them powerful vectors of this dehumanization. The title of the installation, Each Number Equals One Inhalation and One exhalation, also underscores their alienating function by reminding us of the fragility of human life concealed within the clarity and eloquence of these visual syntheses.

Propped on high tables, these small-scale abstract sculptures evoke Russian Constructivist reliefs and Cubist collages, which we tend to associate with modern art, itself a development of the period that produced the industrial revolution—which is the focus here. The reduced dimensions convey the graphic qualities of the source images, while the rendering, which remains faithful to the original diagrams, attests to a certain assiduity in copying. The materials, however, are as common as can be, while the very process of fabrication is almost in the nature of a scribble, a simple action performed absent-mindedly in order to kill time. The heterogeneous combination that emerges affirms that which eludes control as well as the transgressive potential of these small counter-productive gestures, which are also nervous symptoms. Their absurd and even obsessive repetition alludes to a kind of alienation and attests to sustained and deliberate engagement. Emerging from the heart of the labour economy, as described by the artists, are emotions that are sometimes free from, and sometimes under the sway of, the functions of productivity. Richard Ighby, Marilou Lemmens, Each Number Equals One Inhalation and One exhalation, 2016 (Photo : Paul Litherland)

Shot in vacant administrative offices, the video Real Failure Needs No Excuses (2012) features a series of improvised actions that involve combining furniture and office supplies with pieces of wood and fabric. The work’s title, which borrows the tone of a certain type of advice that urges us to excel in our efforts to reach our full potential, highlights the social pressure exerted by the search for efficiency and productivity. Defying gravity, the continuously constructed haphazard and precarious assemblages, which collapse as soon as they are completed, involve successive actions that possess a quality akin to that of a performance that must always start over. Corresponding to the bankruptcy of a commercial establishment, evoked here by the abandoned offices and furniture, is an artistic gesture described as an absurd repetition, indeed a failure. With regard to the art system, the striving to produce unique and constantly innovative aesthetic objects also proves to be subject to potentially alienating protocols. 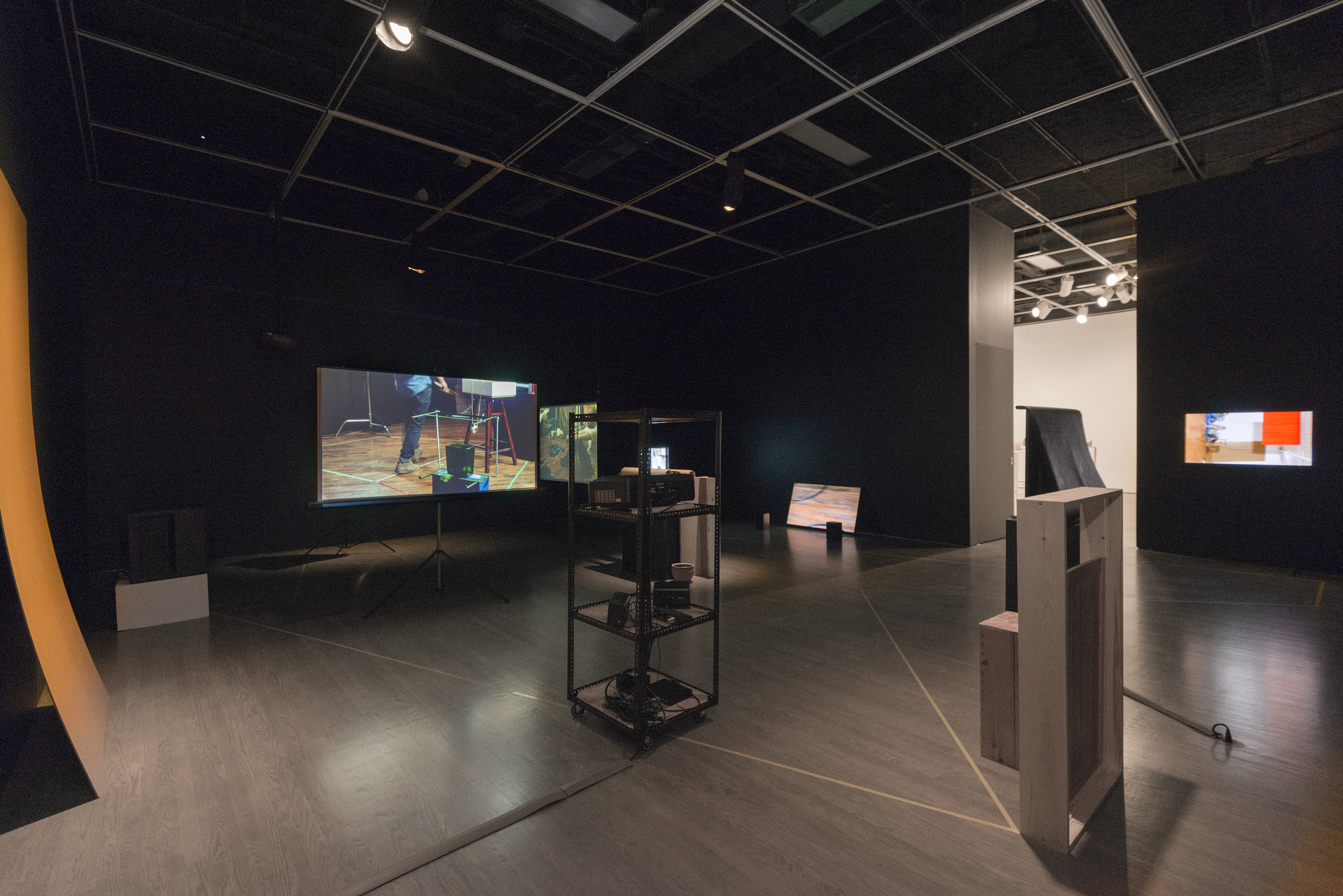 Richard Ighby, Marilou Lemmens, Is There Nothing Left to be Done, 2014-2016 (Installation View) (Photo : Paul Litherland)

In this regard, based on the observation that the artistic process is complicit with the striving for performance, the installation Is there anything left to be done at all? (2014) relies on the repetition of actions that refuse to contribute to this economy but express the desire for action felt by the artists who were invited to collaborate on the project. Presented in a fragmentary manner, the installation cannot be fully grasped from a single angle, nor is it part of a specifically visual, auditory, spatial or sensory experience, because the respective contributions deliberately contaminate one another. Monitors integrated with randomly presented recordings of the artists’ performances shows videos of their deprogrammed actions, which strive to avoid any sort of elegance. We see the hands of an orchestra conductor keeping time, artists setting up an exhibition, people flipping through magazines and books, a microphone hauled across the floor, all of them elements in an artistic lexicon reduced to minimal eloquence. This strategic muteness turns the protocol of art inside out, like a glove, proclaiming its resistance and, indeed, its resilience in the face of all attempts at programmatic performance.

By structuring her selection of Lemmens’ and Ibghy’s works around the idea of labour, Véronique Leblanc raises a question of the utmost importance, particularly at a time marked by the prevalence of neoliberal thinking. At the same time, she locates art within an economy focused on productivity and highlights the strategy privileged by these two artists, who play on the absurd nature of alienated gestures, acting and resisting with a sense of humour and with a sort of malicious delight in creation.